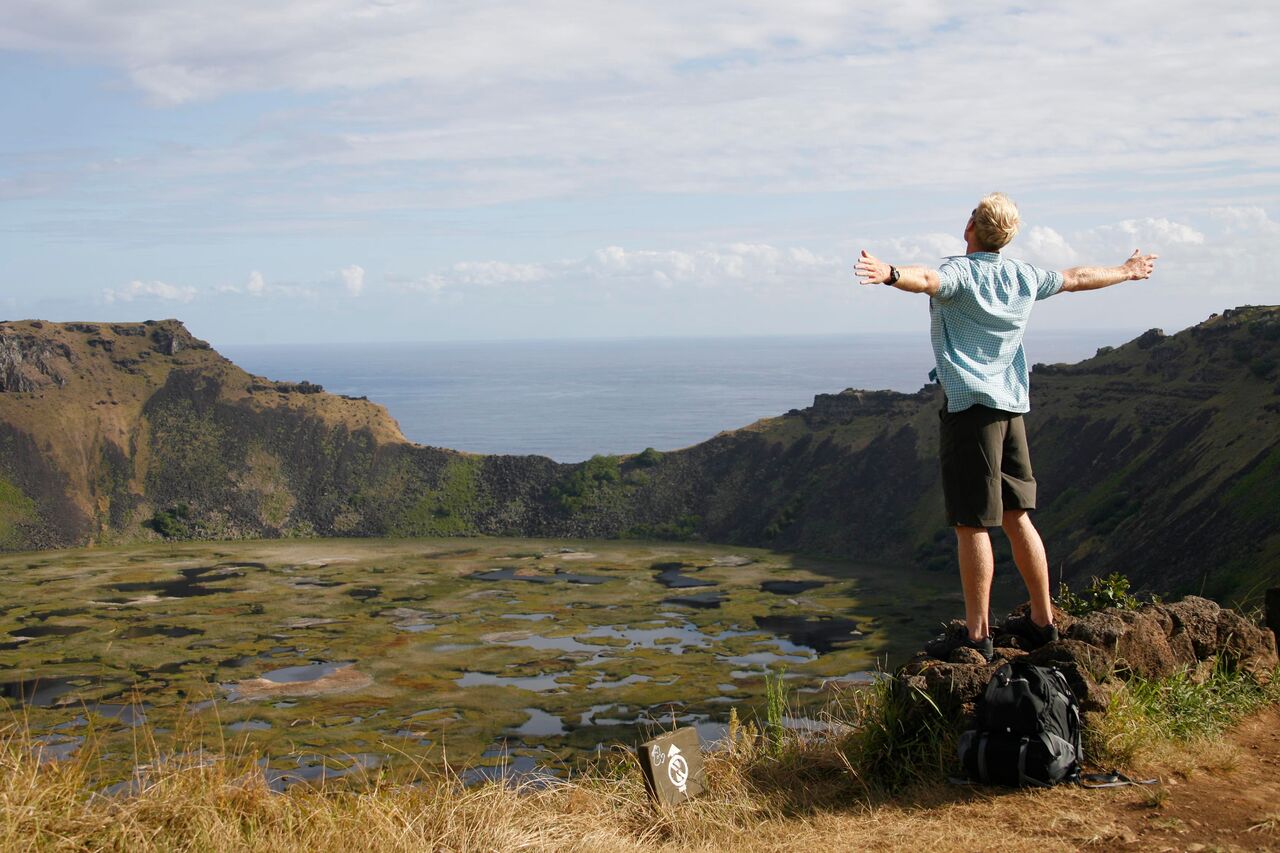 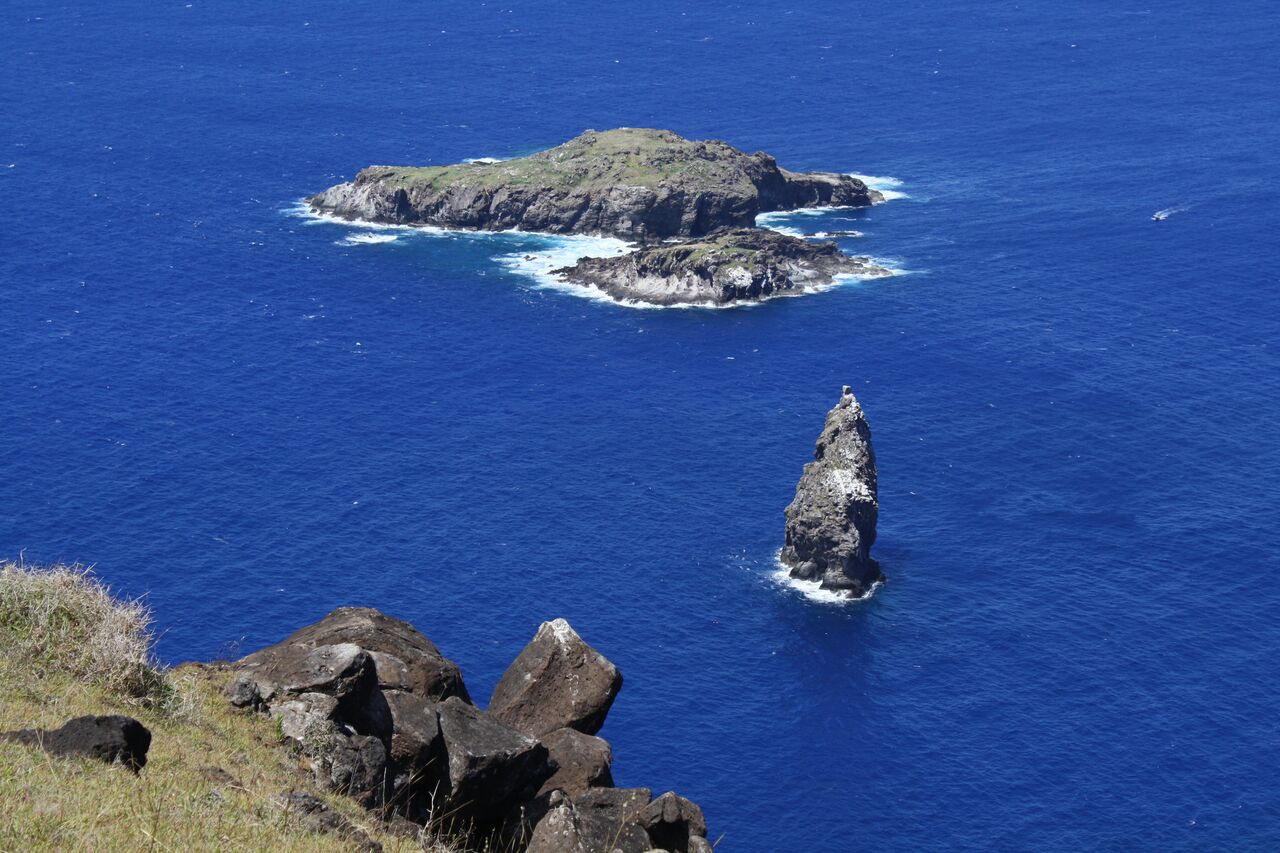 For sheer romance and mystery, no other country can match Chile’s remote Pacific islands of Easter lsland and Robinson Crusoe; this one, known worldwide as the home to 18th-century castaway Alexander Selkirk, the inspiration for Daniel Defoe’s famous novel.

Easter Island
Formed by a triangle of now-dormant volcanoes, Easter Islan d blends natural and archaeological appeal. Barely half an hour west of the village of Hanga Roa by a mostly paved road, hikers explore Rano Raraku crater, where the ancient islanders carved the giant moai from volcanic tuff before moving them on rollers and raising them on ahu (platforms) around the island; many remain on site. Overlooking Hanga Roa from the rim of the marsh -filled Rano Kau crater, visitors to the ceremonial Orongo site can view offshore stacks-sacred to the Rapanui people-and the infinite Pacific. Most of the coast is rugged volcanic headlands, but the palm-studded north-shore beach of Anakena is almost stereotypically Polynesian.

Like San Juan Bautista, the main town in Robinson Crusoe, and Hanga Roa, the main town in Easter Island, both provides hospitality-but with a Polynesian flavor in its ambience and cuisine. The fresh seafood, including lobster, is a delight. Visitors seeking more tangible memories can commission their own mini-moai from skilled Rapanui carvers.

Robinson Crusoe Island
Tiny but mountainous Robinson Crusoe, located in the Juan Fernandez archipelago, was called “Mas a Tierra” until authorities changed its name to take advantage of its literary notoriety.

The island’s 500 inhabitants live in the north-side village of San Juan Bautista, where visitors can enjoy local lobster at surprisingly good restaurants in equally surprising guest­houses. The south side is virtual desert, but features large colonies of endemic fur seals. 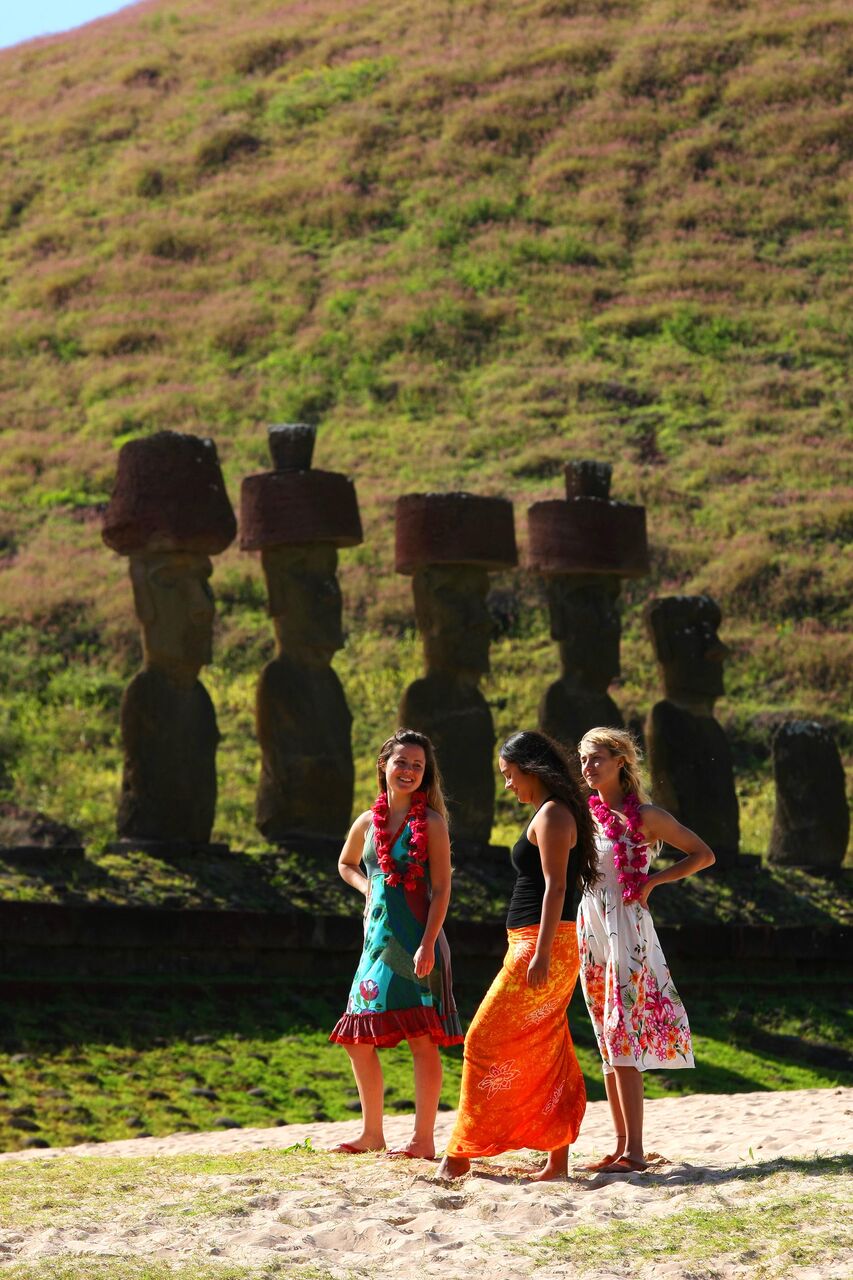