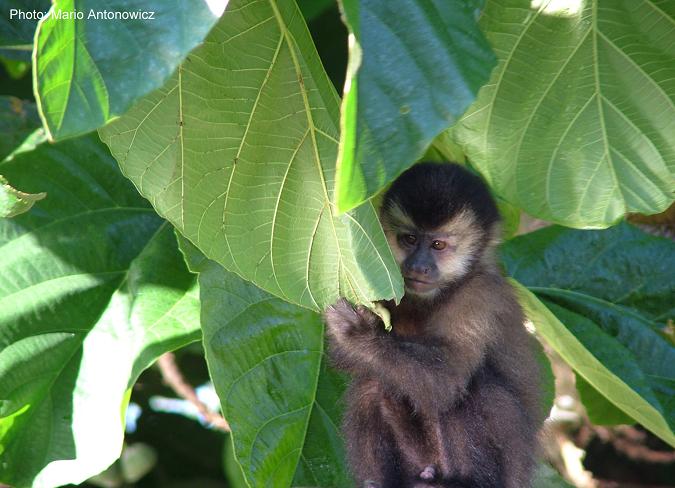 One of the Natural Wonders of the World 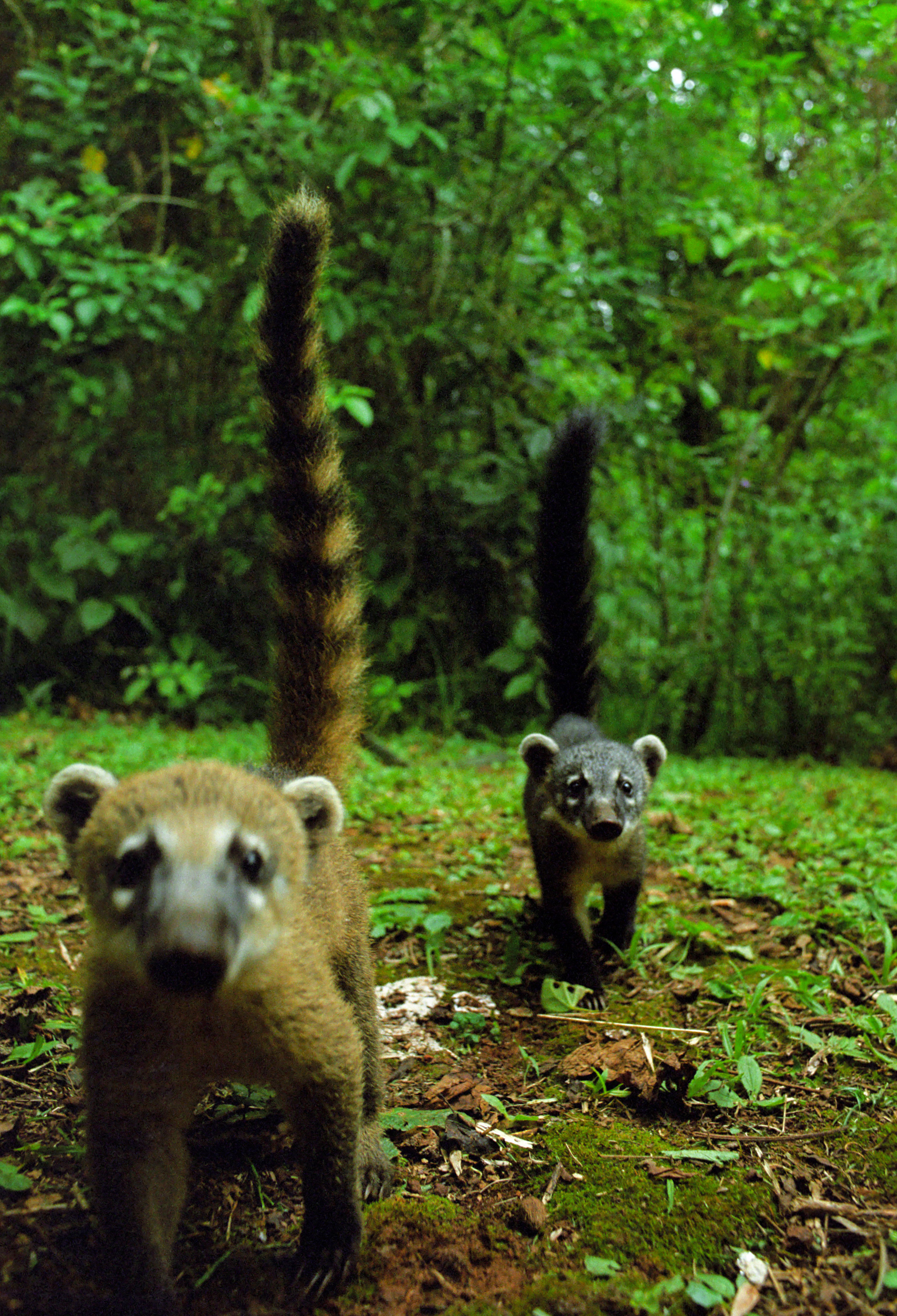 The fantastic Iguazu Waterfalls is one of the Seven Natural Wonders of the World, and once you visit you will see why! Consisting of 275 breathtaking falls that reach up to 80m high in the middle of the jungle on the Argentine/Brazilian border, Iguazu is well worth a visit! Beautiful rainbows, subtropical wild animals and the sound of 14 million litres of water roaring has made of this spectacular attraction ever popular with visitors.

The majesty of the waterfalls can be explored from a luxury boat ride right underneath the falls, and even inside the Garganta del Diablo, the biggest train of water of this unbelievable natural show. And for the more audacious, planes and helicopters are available for sightseeing the waterfalls from the sky, where clouds and mist cannot be differentiated.

Lower Walk: Starting from the observation deck, which resembles the figure stands a lighthouse and the environment highlights by its white colour, descends several steps (some were carved into the rock) to the Iguazu River and passes through a beautiful footpath. Surrounded by the lush jungle, you can enjoy a beautiful view of the bottom of the falls. Starting the tour in Lanusse fall and through the Alvar Nunez Cabeza de Vaca fall, come to a splendid panoramic view point where you will have a first view of the Garganta del Diablo. Going further we can see the island of San Martin and fall right namesake. At the end of the path is Bossetti fall. If we stay a while you will be wet, because there the water vapour produced by the shock of water against the rocks. Going down the path to Punta Peligro may, if at that time is enabled, browse the Iguazu River and cross to San Martin Island. On the way back passed by the Dos Hermanas Fall, where before they could enjoy a refreshing swim in the huge natural basin that forms at its base, as now that activity is prohibited.

Superior Walk: Starting from the same site mentioned above, will travel, as the name of the tour indicates the top of the waterfalls. The observation point from a higher level completely changes the landscape view. In this way will visit again Dos Hernanas, Bossetti and el chico Falls, which will be a small preview of the impressive Garganta del Diablo. On this place, where water falls from about 70 meters high, will surprise the deafening roar of water, permanently covered by thick clouds of steam, which fired the shock of water on the rocks.

Macuco Path: This trekking is one of the most traditional tours for lovers of nature observation. This trail provides access to a fall of 20 meters deep in the jungle. It is an opportunity to learn jungle and spot Macuco, ulladores monkeys, coatis, Wild Turkeys, countless insects and occasionally coral snakes.

In 1984 the Argentine Falls, Iguazu National Park was declared a World Heritage Site by Unesco. Later in 1986, the Brazilians Falls, located in the Parque Nacional do Iguaçu, was also declared a World Heritage Site. Falls bordering Argentina and Brazil side are just a few kilometres from the triple border with Paraguay. Falls are the main tourist centre of north-eastern Argentina, and one of the major nationwide.

Natural areas have several paths you can quietly explore. After a long walk, you may take a refreshing dip in the several springs dotted about. You can also go rafting in most of the rivers, or quietly row along the Pilcomayo river and in the Ibera Marshlands. Lodging can be found in nearby estancias (ranches), from where you can make excursions on foot, by canoe or on horseback.

Carne asada (roast meat is usually ox meat and is served in the Brazilian style as “churrasco al espadin” (chop on a sword). Dorado, surubi, pacu, sabalo, pati, catfish, and other fish, are grilled, baked, or breaded and then cooked. Paraguayan influence can be seen (and tasted) in The “locro norteño” made with meat, maize, pumpkin and cassava is typically prepared in Misiones and Formosa. Other typical dishes are the “mbeyu” or fried cake with Guarani tapioca, which is taken with milk, salt and cheese; the “chipa”, a cake with the ingredients mentioned before and eggs; and the “Paraguayan soup”, which, despite its name, is a bread made of white maize flour, cheese, onion, and spices.

Native artisan work. Ceramics, masks, vegetable fiber textiles, and carvings in palo santo (Guaiacum) can be bought in the artisan market of the Paraguayo Park in Posadas, in the Toba neighborhood, and in regional articles shops in Resistencia. 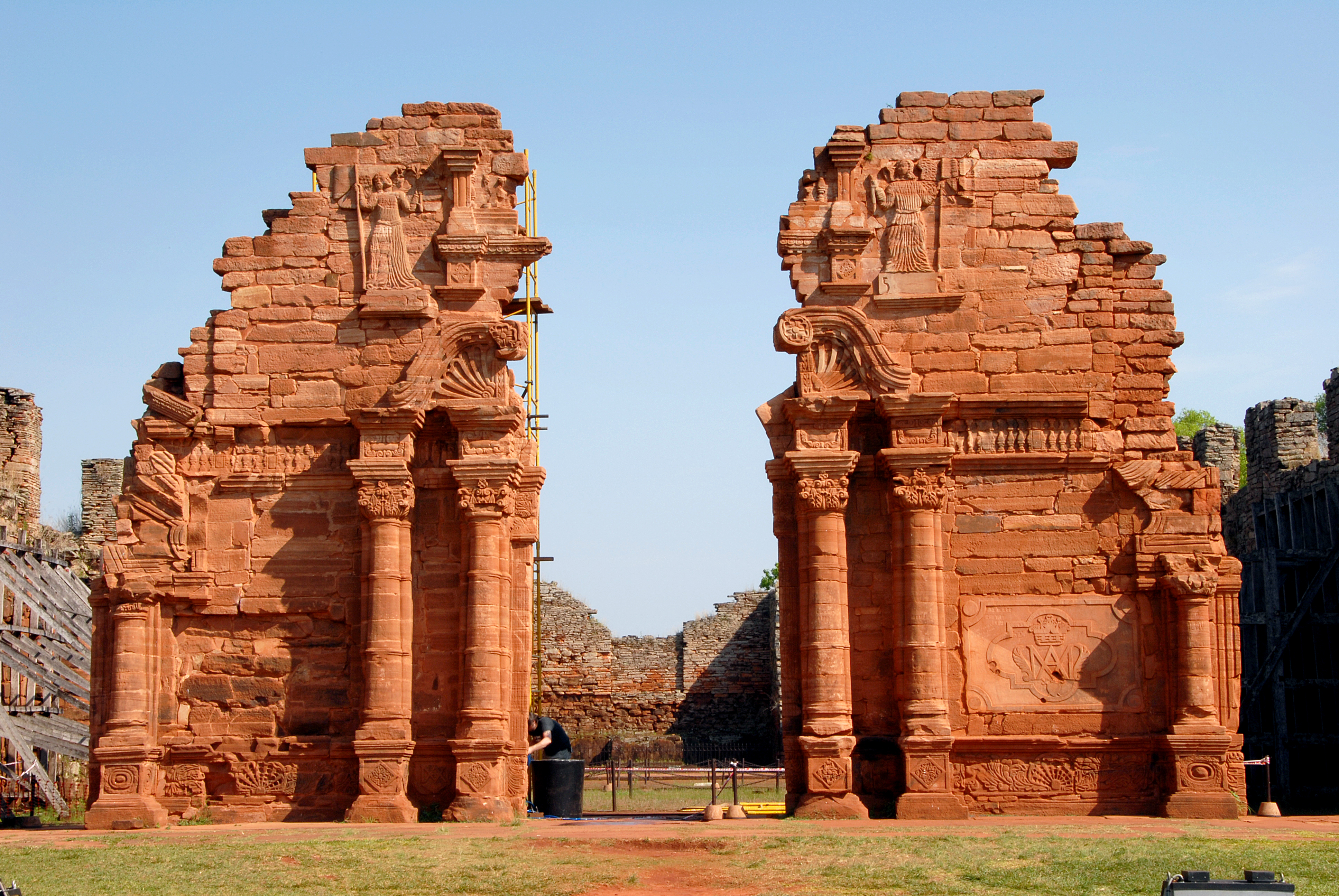 In 1542, while on a voyage from the Atlantic Ocean to Asuncion del Paraguay, Alvar Nunez Cabeza de Vaca, saw the amazing waterfalls of the Iguazu River and named it “Saltos de Santa Maria”, a name that was eventually replaced by Guarani its original name “Iguazu”, I: water, Guazu: large. At that time the region was inhabited by natives ethnic Mbya-Guarani, who around 1609 began to live the evangelization process led by the Jesuit priests of the Society of Jesus, who developed the Latin America region a unique experience: the formation of a reduction system that eventually grew to 30 villages distributed in the regions of Tape and Guayra (now southern Brazil and Paraguay, Argentina throughout the province of Misiones and Corrientes in northern part). For political and economic differences with the Crown of Spain, the Jesuits were expelled from the region in 1768. The area of the falls went into oblivion until June 1881, shortly before the federalization of Misiones, when the province of Corrientes, which exercised jurisdiction, sells 50 square miles of land on the rivers Parana, Iguazu and Uruguay to Severo Fernandez and Ernesto Arnadey. They transferred their rights in October of that year to Rafael Gallino who returns to alienate in favour of Gregorio Lezama.

In December 1881 Corrientes is separated from Misiones and in 1882 assumed the first governor Rudecindo Roca that divides the territory into five departments. One of his commanders, Francisco Cruz, reaches the confluence of the Parana and Iguazu River carrying a German scientific committee that seeks to colonize land. This expedition was funded by Ledesma (owner of the land in Iguazu) and directed by Carlos Bossetti browser. Among the climbers was also Jordan Hummell, who years later organized the first tourist trip to the Falls. So the falls are “discovered” again and again to be admired. In 1888, Gregorio Lezama sells the “land of the Iguazu” to Martin Erracaborde Cía. On September 20th of 1895, Governor Balestra divides the province into 14 departments. Iguazu department becomes part of the department, along with Manuel Belgrano Frontera, Eldorado and part of San Pedro. On July 19th of 1897, is designated justice of the peace of the emerging population of Iguazu to Alberto Mugica. Jordan Hummel, accompanied by Mr. Nuñez and Gibaja had already made a new incursion up to the Iguazu Falls, but the Brazilian side, as the Argentine side of the jungle was impenetrable. That trip prompted the government interest in promoting the arrival of tourists. 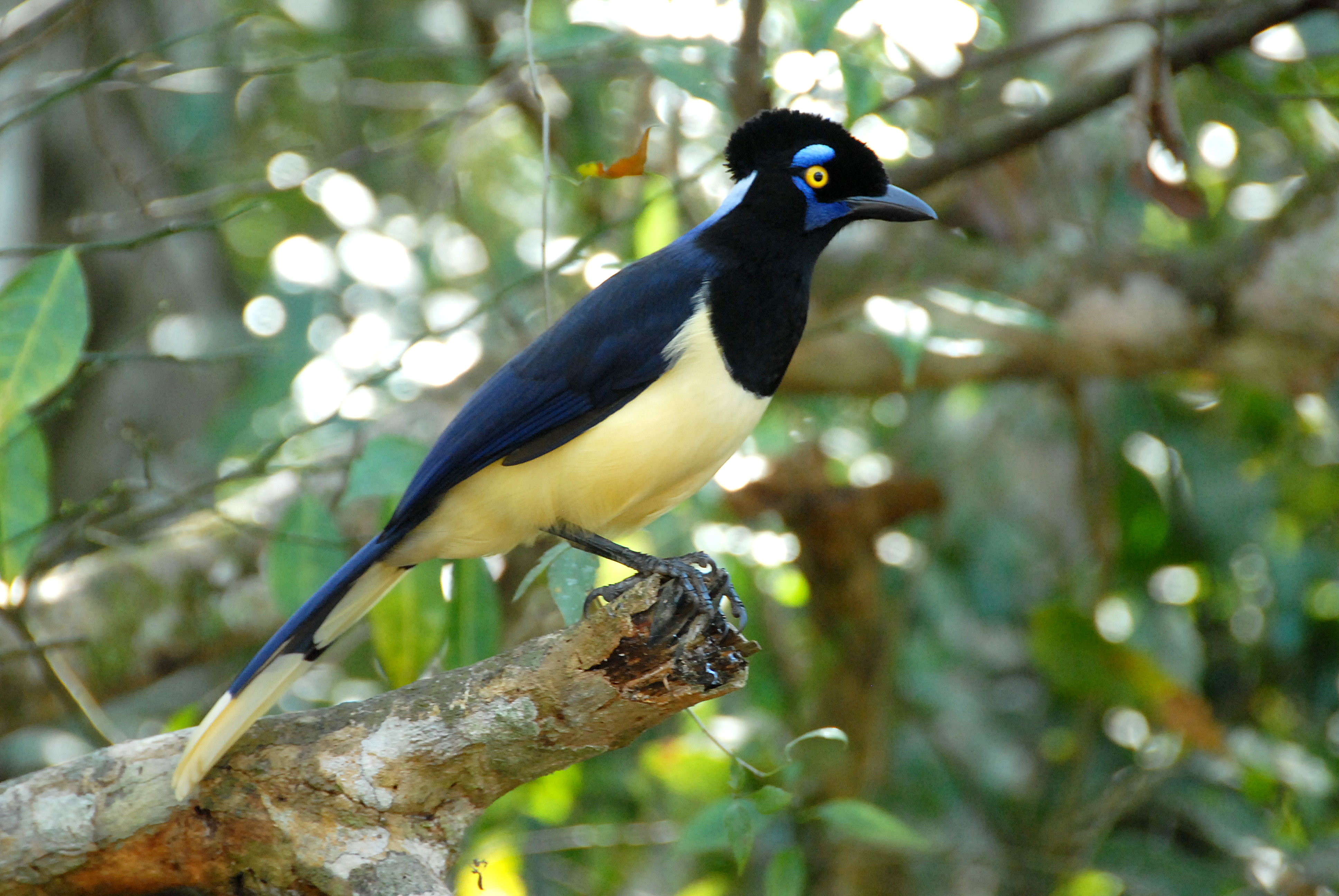 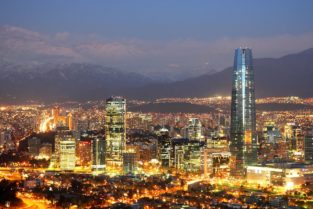 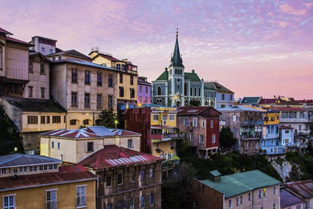 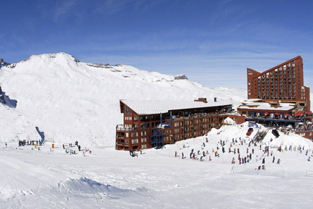 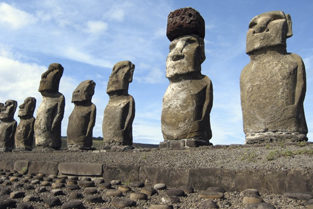 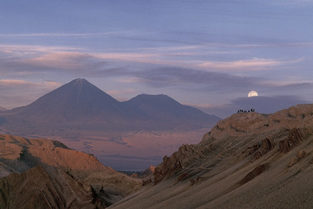 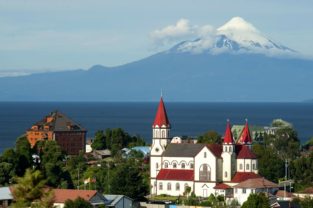 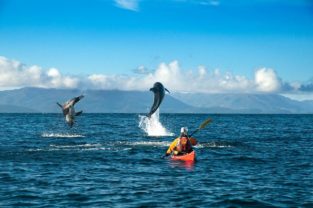 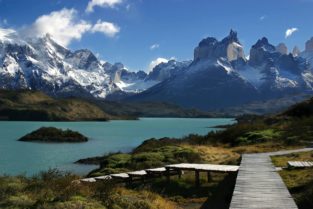 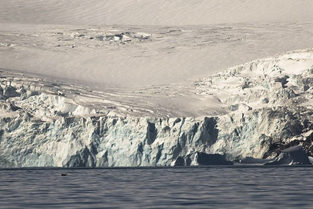